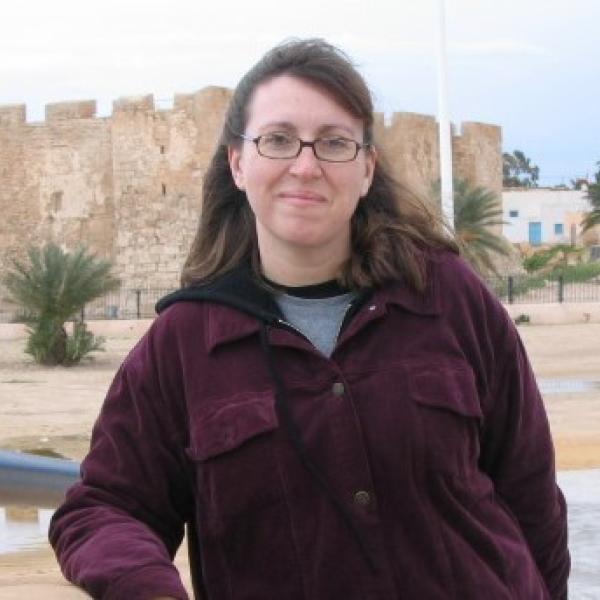 Dr. Angelica Maria DeAngelis is an Associate Professor in the English Department at the American University of Kuwait (AUK). She earned her MA in English from McGill University and her PhD in Comparative Literature from the University of California, Santa Barbara. Before joining AUK in 2009, she taught literature at Gulf University for Science and Technology (GUST) and the Arab Open University (AOU), where she was an Assistant Professor in the Dean’s Office and the Chair of the year-long Modernism course. She currently teaches courses in literature, cinema, composition, communications and the First Year Experience (FYE). Her research interests include race, gender and identity in contemporary and global literature (especially North African) as well as politics and popular culture. She has been the recipient of two NEH Summer Institute Fellowships: Algeria, Morocco, Tunisia: Literature, the Arts, and Cinema since Independence, in 2014 and Algeria, Morocco, Tunisia: The Voices of Women in Literature, Cinema and Other Arts since Independence in 2017. Her publications range from gendered discussions of Moroccan folklore and cinema, philosophical interrogations of cinematic depictions of migrants and constructions of national identify through Hollywood blockbusters. Dr. DeAngelis is an active student mentor, currently serving as the faculty advisor of the AUK magazine VOICE, and previously as the faculty advisor of the English Honor Society Sigma Tau Delta, and the student organization Fikir. She regularly chairs senior thesis committees of English majors, one of whom was the recipient of the Kuwait Program at Sciences Po paper prize. She has been the recipient of teaching awards from AUK and the Conference on College Composition and Communication (CCCC).